Berlin - A 43-year-old man died after being trapped below ice for more than two hours in a pond in Treptower Park on Wednesday, police said on Thursday morning.

Fire department divers pulled the man, wearing only swim trunks, from a lake known as the Carp Pond near the Russian war memorial late Wednesday morning. He was successfully resuscitated before being sent to a hospital with severe hypothermia.

The victim, as well as another 44-year-old man and two women (aged 55 and 21), were in the water when he disappeared below the ice. The group is believed to have entered the pond through holes carved into the ice and one of the women as well as two bystanders reportedly tried to rescue the swimmer to no avail – the two men sustained minor injuries.

The fire brigade arrived shortly before 9am with about 50 firefighters to rescue the man and attend to witnesses. Police are treating the incident as an accident. 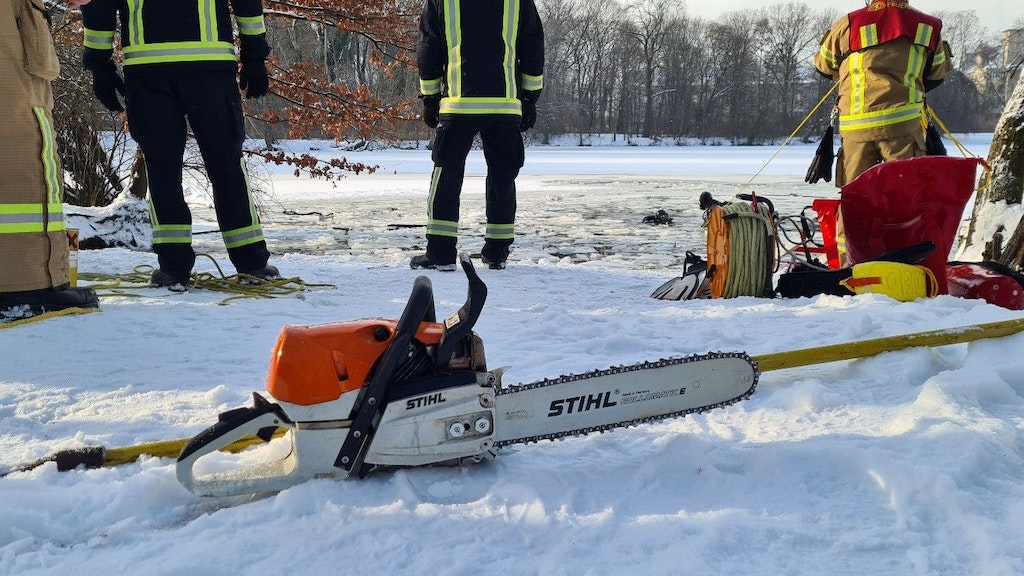 The fire department advises against walking on icy bodies of water and asked people to exercise caution. "Bathing in ice water is life-threatening," a fire department spokesperson said. Parents are also asked to discuss dangers with their children.