It's a tough pill to swallow for die-hard fans but a sly move in corona times. A win-win, as the Germans say.

Berlin - When Dirk Zingler, president of Berlin's 1. FC Union football club, writes to members, the letter is almost always something dramatic. And Zingler's latest missive was no different. What feels like a formal greeting and update on the club's preparations for its third season in Germany's football big league ends with a bombshell.

Union will play its UEFA European Conference League games at Olympiastadion in Charlottenburg instead of the Alte Försterei in Köpenick. Yes, the Olympic stadium that is home to its crosstown rival Hertha. The matches will be played behind enemy lines. Unless, of course, no spectators are allowed due to new lockdown - then Union would return to the Alte Försterei for the games.

And that scenario isn't too implausible considering Delta's advance.

Zingler defended the decision by blaming the move on delays in expanding their home field - UEFA requires stadiums to have a capacity of at least 4,500 seats for the qualifiers in August. The hurdle climbs to 8,000 for the subsequent group phase. And, standing room is prohibited (which Zingler has already criticised in a letter to UEFA). So at the moment, the games could only be held at the Alte Försterei without spectators. 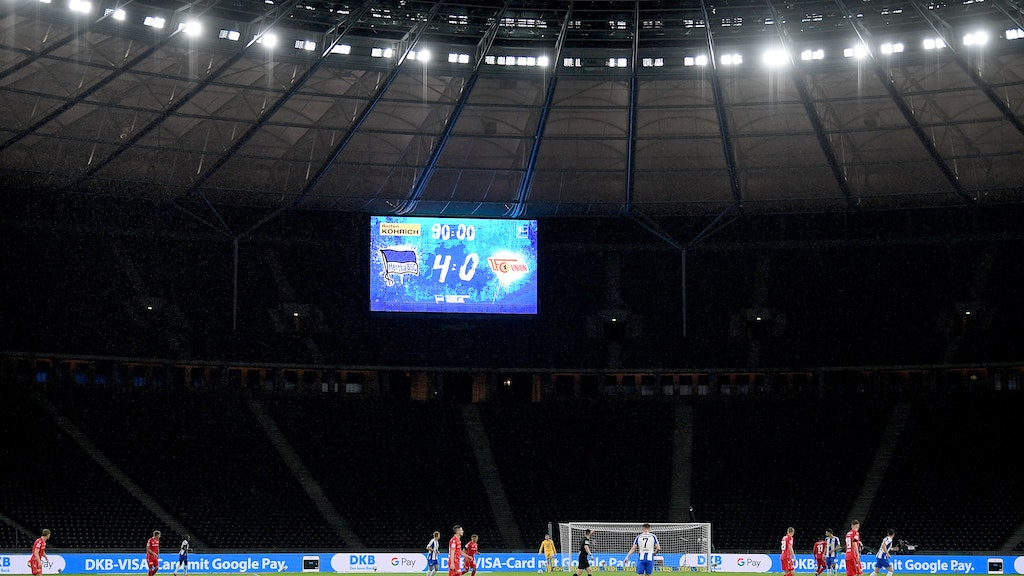 Sport Hertha vs. Union: The annual derby is about more than just city bragging rights

Zingler knows what he is doing even though he's challenging the club's most loyal supporters. A game at the Olympic stadium opens all kinds of possibilities for the club, the least of which is income-related.

The most obvious benefit, if all goes well, is being able to unite all 38,000 club members at a single venue for a festival of football. It would also be a way to snub the crosstown rival by selling out a stadium in a few hours whereas Hertha often struggle to get people in the seats.

Union goes West sounds weird but as a slogan for the European Conference League not so bad.