Berlin - The third time is a charm. Vonovia, Germany's biggest landlord, on Monday said it would buy rival Deutsche Wohnen in an amicable, €18b all-share purchase after earlier unsuccessfully trying to buy its smaller rival.

The two companies went on the offensive while announcing the deal to quell criticism in Germany's capital. Vonovia said it would be willing to sell 20,000 apartments to the city of Berlin and made a raft of other promises to at least slow continuously increasing rent prices in the capital. A merged Deutsche Wohnen and Vonovia would own about 150,000 flats in Berlin, less than half the 340,000 owned by Berlin.

Mayor Michael Müller (SPD) said he welcomed the offer though it was unclear where the 20,000 apartments are located. "I care about social hot spots, I care about large housing estates," Müller said. More public housing would give politicians more influence on rent prices and more security for renters, he said.

Bochum-based Vonovia Tuesday said it would buy Berlin-based Deutsche Wohnen for shares that valued each Deutsche Wohnen share at €53.03 each, a 17.9 per cent bonus to Deutsche Wohnen's Friday close. Both companies said they expect little regulatory or shareholder resistance to the deal - the merged group would only have a tiny fraction of Germany's real estate market.

The merger will reportedly create Europe's largest residential real estate group worth a total €45b with a total property portfolio worth €90b, including 500,000 apartments.

The amount of attention being paid to the Berlin property market is rare for companies announcing mega-deals but comes as activists work to put a referendum on September's ballot that would nationalise the companies' Berlin residential portfolios. Berlin politicians earlier this year also failed in an effort to legislate rents when the Constitutional Court struck down a rent cap that went into effect last year.

The combined company will retain the Vonovia moniker, be based in Bochum and Vonovia CEO Rolf Buch will retain his position in the enlarged company. Deutsche Wohnen CEO Michael Zahn will become deputy CEO. 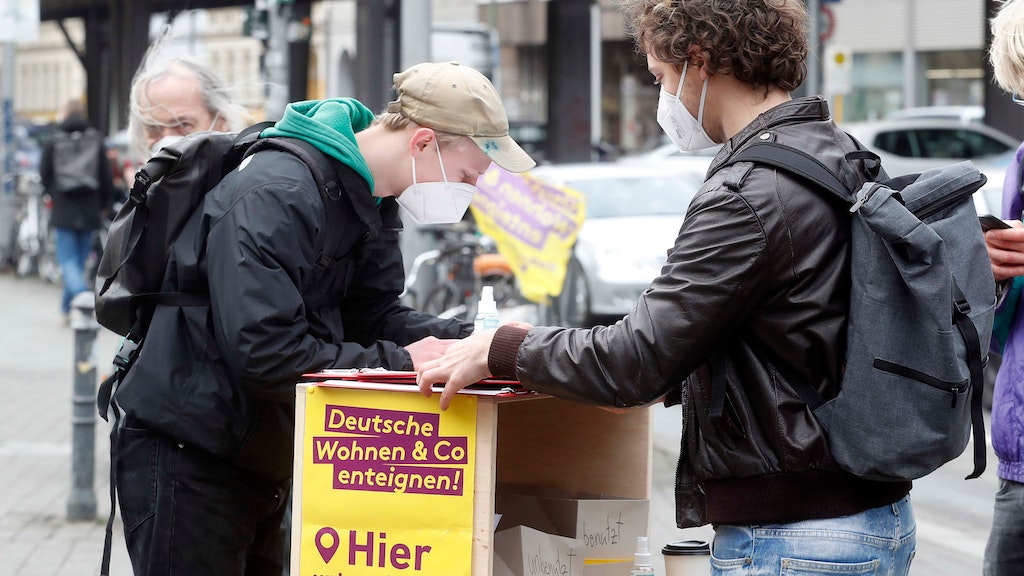 Vonovia first tried to buy Deutsche Wohnen in 2016 but backed off after Deutsche Wohnen defended the approach as hostile. Early last year Vonovia again was reportedly interested but never solidified an offer.

Although Vonovia and Deutsche Wohnen are both listed companies, they certainly differ in their rent policies. Following the rent cap ruling by the Constitutional Court, Vonovia agreed to waive back rent payments while Deutsche Wohnen said it wanted its money but was willing to forgive the debt for those in financial trouble.