Week-long climate protests kick off - and the police are complaining

XR and other groups plan to disrupt Berlin on a large scale. Berlin cops say too much is expected of them.

Berlin - Activists have kicked off a week of climate protest with a demo at the Brandenburg Gate. About 200 blocked the streets around the gate, police said.

XR usually announces the time and place of its actions at very short notice in order to cause maximum disruption. In short: expect blocked intersections and traffic jams throughout the week.

It is "absolute madness how carelessly the health of our colleagues is trampled on," a statement issued by the GdP police union said Sunday. The high number of protests planned could lead to a "stress overload for police officers" - who had to be present at every action.

GdP boss Norbert Cioma criticised the fact that vast human resources were "called into service because people are afraid that there will be some unattractive pictures somewhere shortly before the election". 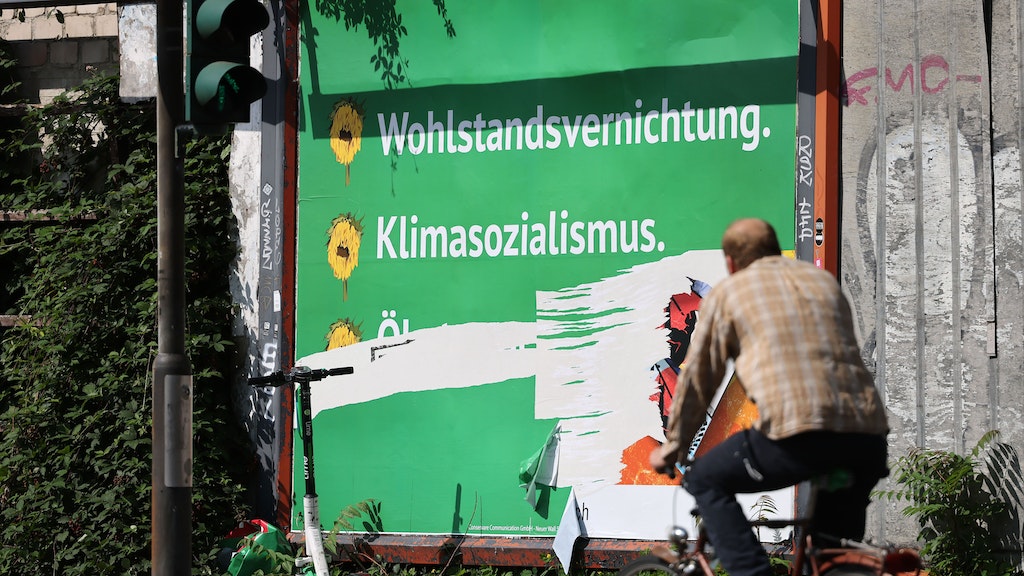 German elections Who's behind the anti-Green ad campaign?

"Slowly but surely, we have to return to the idea that the police are the only ones to assess police situations and staff them accordingly," Cioma demanded. For this to happen, resources must be conserved, "even if something doesn't go 100 per cent the way the state parliament imagines it." He called on the police leadership to put their foot down when it came to unrealistic demands from politicians about having a large police presence at protests.

On Tuesday, a climate protest march, among other actions, is planned.

"A coalition of several dozen groups will take to the streets loudly and colourfully - and light a fire under the government's butt," they said. Starting points are the SPD and CDU party headquarters. The demonstration will end with a rally at Invalidenpark in Mitte.

On Thursday, a funeral march of activists in animal costumes is planned under the tagline "species extinction".