"We're not in the desert": Elon Musk denies water problems at Tesla factory

Brandenburg's environment minister says high water consumption may become an obstacle to the expansion of the Gigafactory in Grünheide.

Berlin -  According to a new documentary by public German TV channel ZDF, Tesla's new factory in Brandenburg will lead to drinking water shortages in the region.

In "Turbo. Tempo.Telsa", the head of the Strausberg-Erkner water board, André Bähler, spells out his fears very clearly: "The drinking water supply is being sacrificed on the altar of economic policy."

The groundwater issue is the subject of the main conflict between the US electric car manufacturer led by its self-described "technoking" Elon Musk and the critics of its "Gigafactory 4" which is under construction in Grünheide, just east of Berlin.

The huge site will be Tesla's fourth plant worldwide. About two-thirds of it is located in a designated drinking water protection zone.

Once it is up and running, Tesla is expected to consume as much water as a town with 40,000 inhabitants. Many local residents fear the water use of the factory - in which initially 500,000 cars are to be produced per year - is so enormous that groundwater levels in the region between Berlin and Frankfurt (Oder) could drop massively. After all, it is a region where plenty of small commercial developments have been halted due to the lack of water.

According to ZDF, once all construction phases are planned, it will consume about 3.6 million cubic metres of water per year or about 30 per cent of the total water volume in the region - which will result in shortages, according to Bähler.

In the documentary, Musk refutes the claim: "We're not in a very dry region. Trees wouldn't grow if there was no water. We're not in the desert." 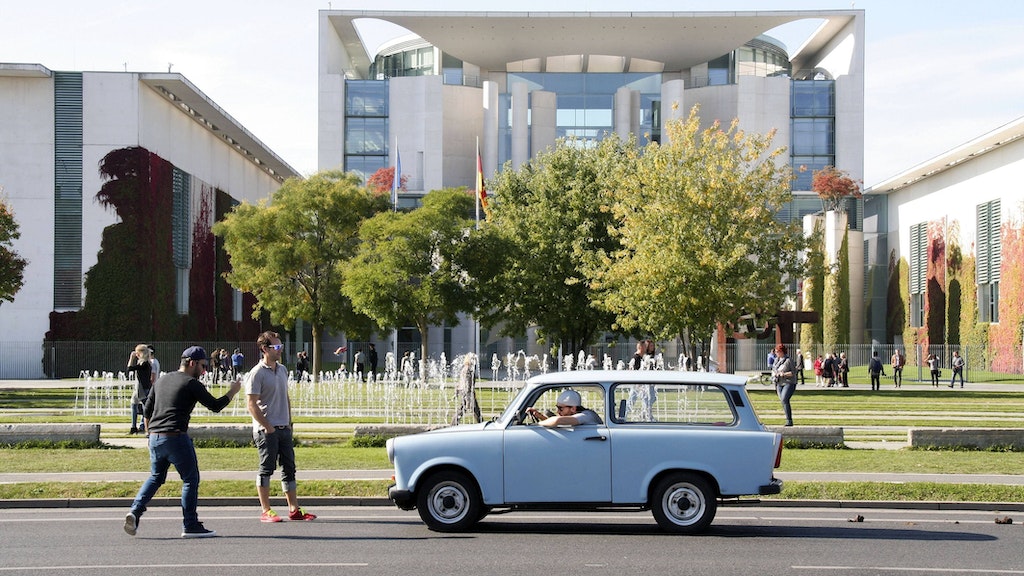 But Brandenburg is one of the driest regions in Germany and has suffered from a drought over the past three years.

Intially, Tesla is expected to use 1.4 million cubic metres of water per year. Should Tesla expand the factory and produce up to 2 million cars, it is almost certain that the factory's "thirst" can no longer be met by the region. Either further expansion would be prohibited or water would have to be brought in from other areas.

Brandenburg's Environment Minister Axel Vogel (Greens) told the TV crew that the water was enough for the first phase. "Beyond that," he said, "developments might not continue."

The factory has yet to receive a final building permit from the environmental agency, just several permits for partial sections. Tesla wants to start production in July, but the environment minister stressed his officials would not allow themselves to be put under pressure - neither by Tesla itself nor by the state government, which supports the project.

Tesla is the single largest industrial project in eastern Germany since reunification and might even end up being the largest investment in Europe. Based on documents submitted to authorities last summer, Tesla is investing €1.065 billion. But the ZDF report says the total sum could reach €5.8 billion.

The EU will probably subsidise a Tesla battery factory at the site to the tune of €1 billion while state aid for the car plant could amount to €400 million.

The plan is to have 12,000 people working there from the summer. Recruitment is currently underway, but apparently Tesla is having trouble finding enough skilled workers. Even managerial positions with salaries of up to €300,000 are proving hard to fill.

Elon Musk is no friend of trade unions. Neither of the two US plants has works councils. In the ZDF documentary, Reiner Hoffmann, the head of the German Federation of Trade Unions, demands that Tesla allow trade unions and collective bargaining. Since Musk is receiving hundreds of millions in subsidies from the taxpayer, he said this was an obligation. Musk could not "open his hand and gladly pocket public subsidies but do everything he can to employ the workers at low wages, with lousy working conditions".