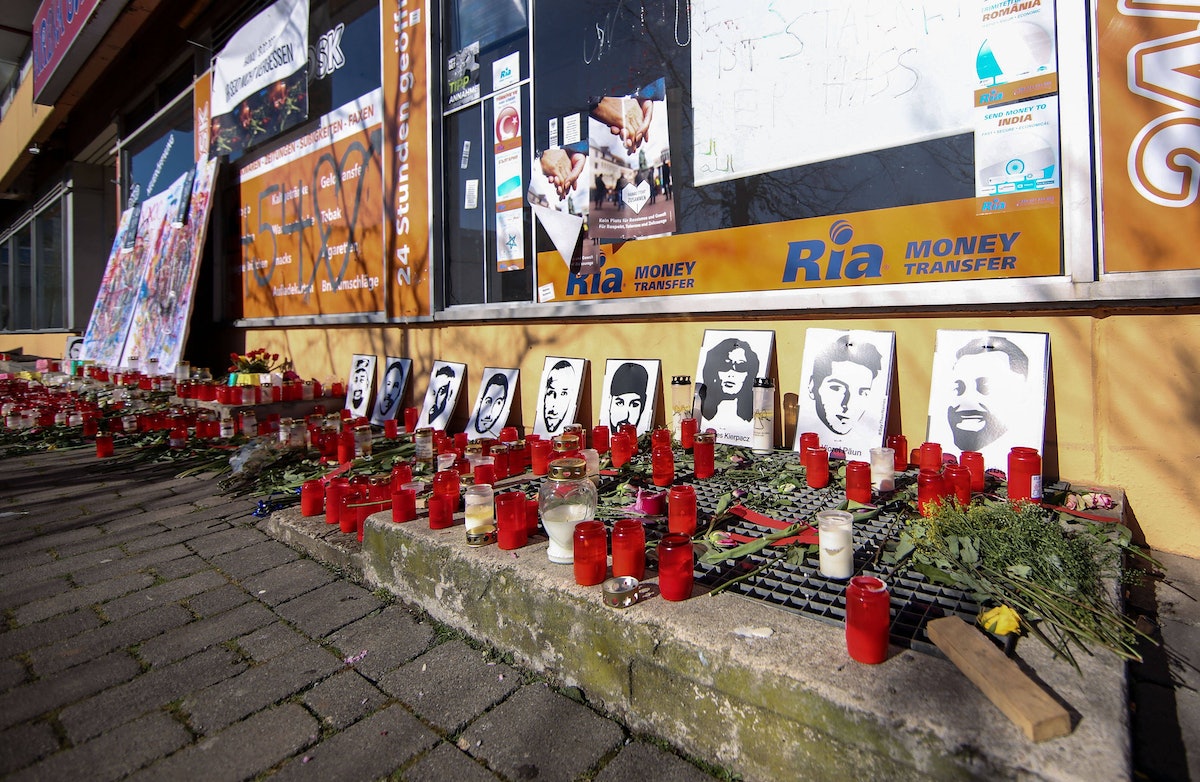 Commemorating the one-year anniversary of the racist attack in Hanau in which nine people were killed.imago images/Patrick Scheiber

The commission's initial task will be to agree on a definition of anti-Muslim racism. Then they will  gather ideas on what else the justice department itself can do, followed by the creation of a catalogue of recommendations. For now, the commission's work is set to last for a year.

Eren Ünsal, director of the State Anti-Discrimination Office, will moderate the commission meetings. "We've been active in the field of anti-Muslim racism for a very long time. But Hanau definitely triggered us to take another self-critical look at what we are actually doing and whether it's enough," says Ünsal. The bundled expertise from academia, civil society and those affected is intended to create a forum for building bridges between the diverse groups within the commission.

Sabine Seyb of ReachOut, the Berlin counselling centre for victims of rightwing, racist and antisemitic violence and threats, says she welcomes the establishment of the commission. However, she believes the step came too late and that one will have to wait and see what comes of the commission.

"This is a slimmed-down version of an Enquete Commission for the development of action strategies against racism, which we called for shortly after the Hanau attack," Seyb says. At the time, the government invited ReachOut and many other organisations to a round of talks on the implications and consequences of the murders in Hanau.

Seyb says such an investigating commission could be established at the parliamentary level and could consist of experts and MPs from different parliamentary groups. She is surprised that the current commission is focused only on anti-Muslim racism. In her view, racism should be dealt with as a whole. Anti-Muslim racism would then be an important sub-topic, just like racism against Sinti and Roma and anti-Black racism.

A problem for all of society

Eren Ünsal counters that a well-developed field of work dealing with combating racism already exists. Statistics collected by counselling centres and surveys of attitudes in the German population have mapped anti-Muslim racism, she says, and hence authorities have begun working on this particular phenomenon. The very step of convening a commission against anti-Muslim racism would have an impact, Ünsal continues.

While she sees the area as important, she signalled it was only a starting point: "The administration must begin with itself. Yet every sector - from the voluntary sector to the private sector - should deal with the issue. Hanau has shown that we have a problem that affects society as a whole," says Ünsal. Just like every other sector in society, the administration is not immune to prejudice, she adds.

Seyb sees the structural component of racism as central. For her, therefore, state administrations and institutions have a special responsibility. "Institutional racism and attacks on the street have to be thought of together and tackled together." Attitudes in the population were very much linked to institutional racism, she says, and therfore a first step is to recognise racism as a problem within one's own institution instead of always talking about misunderstandings or individual cases. Seyb sees the judiciary, police, educational institutions and politicians as bearing a particular responsibility. "In political discourse it is conveyed that there is a hierarchy of people. Of course, that does something in people's minds," she says.

After the attack in Hanau, the debate about the link between racist violence and structural racism has received more public attention in Germany. Organisations supporting those affected by the attack - in particular, the Initiative 19. Februar Hanau - are working to ensure that the attack is not just seen as the act of a lone individual.

In 2020, authorities registered 901 Islamophobic crimes nationwide. The counselling provided by ReachOut was used by 278 people. Among them were relatives, friends of victims and witnesses of attacks. In Berlin last year, 183 people were affected by racially motivated violence and threats. Seyb says a high number of cases are not reported or remain unrecorded by the counselling system. Moreover, she adds, it is not always obvious whether an incident is a case of anti-Muslim racism.