US election : Where to virtually party on election night

The Democrats Abroad have moved the party online while Republicans will party alone.

Berlin - While the hype around the US election has even German media frothing at the mouth, the usually well-visited parties to watch results trickle in have been all-but derailed by the corona pandemic.

Republicans Overseas in Berlin have reportedly opted not to organise anything official while their nemesis – Democrats Abroad in Berlin – will first hold an online happy hour from 7pm to 9pm on Tuesday. The party will then be handed to an all-night Germany-wide election night online fest.

Democrats Abroad in Berlin has also organised a fair election demonstration for Wednesday that was supposed to be on Pariser Platz but, at the Polizei's request, will instead be held on the Tiergarten side of the Brandenburg Gate – demonstrations are exempt from the new lockdown regulations on public gatherings.

"Of course everybody will need to wear a mask," said Democrats Abroad's Powen Shiah. 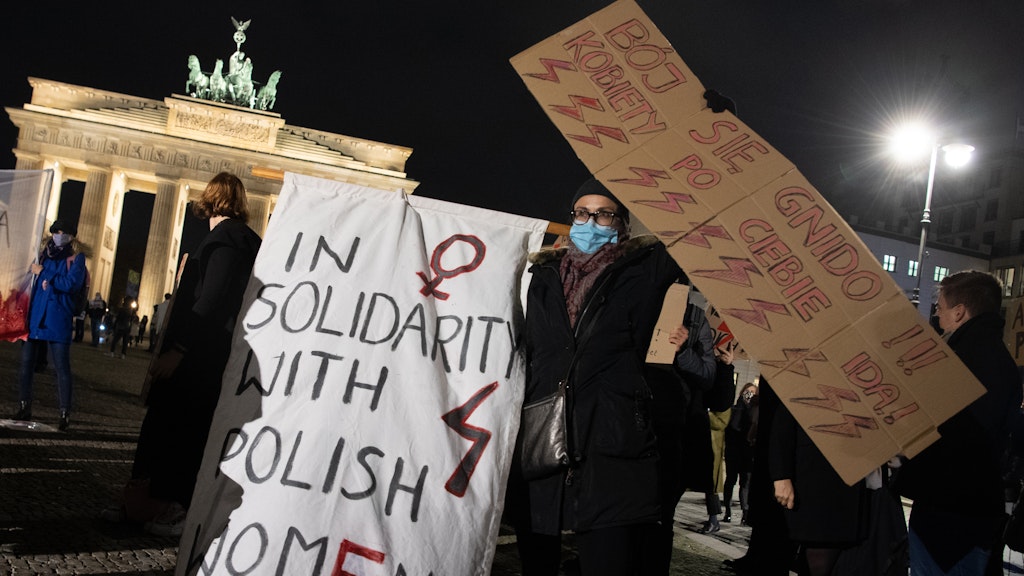 The Democrats Abroad have traditionally thrown the most accessible events, though tickets could only be sold to US citizens. There was the Obama election-night bash at Babylon cinema as well as the 2016 party at the old site of the International Institute for Cultural Diplomacy in Tiergarten.

"We had hundreds of people buy tickets for it," Shiah said. "It ended on a very, very bad note [Trump]."

The Democrats Abroad Germany-wide event will include a performance of Neuland, a piece about the response to President Donald Trump's election by American women in Germany from 9pm to 11pm as well as a discussion from 5am to 9am Wednesday with Democrats Abroad brass.