Corona : Who gets vaccinated first and where?

Berlin's six immunisation centres will be ready this week but vaccinations will begin in care homes.

Berlin  - The injection against corona: It's just a matter of time. Germany expects to begin vaccinations on 27 December, health minister Jens Spahn said Wednesday. And, with all six of Berlin's vaccination centres complete by Sunday, the capital's vaccination plans are starting to take shape.

Once the vaccine has been approved, the health ministry expects 3m to 4m doses to be available nationwide by the end of January.

Who's first at-bat? Residents in nursing homes. The vaccinations will be carried out by 29 mobile teams of doctors attached to the six vaccination centres. Staff at the highest risk of infection in nursing homes and clinics will also be vaccinated at the same time. About 100,000 people work in the city's care homes.

Once complete, vaccinations will begin in the centres. The sites are Arena Berlin in Treptow, Messehalle 21 in Charlottenburg, a hangar at the former Tempelhof Airport, a terminal at the former Tegel Airport, the Velodrom in Prenzlauer Berg and the Erika Hess Ice Stadium in Wedding.

"Work on all centres will be completed on Sunday," project manager Albrecht Broemme said Thursday.

At the centres, a special vaccination commission has determined that those aged 80 and older will have priority. While the vaccinations are voluntary and free of charge, only those who have been invited by mail can use the centres.

The invitations have already been written and can be "sent immediately at the push of a button" when the vaccine arrives, Berlin's health minister Dilek Kalayci has said.

Berlin has 390,000 residents over 75 and will initially receive less vaccine than expected, showing just how long younger, healthier populations will have to wait.

"In a first step, 400,000 doses will be delivered (in Germany). All deliveries will be distributed to the federal states according to their population size," ministry spokesperson Sebastian Gülde said. The calculation will follow what is known as the Königstein Key, which will allot about 5 per cent of the Biontech/Pfizer vaccine to Berlin, or about about 20,000 doses in the first few days.

Biontech/Pfizer were supposed to deliver 900,000 doses of their vaccination to Berlin in the first quarter of 2021 but, according to estimates, as few as 720,000 or even 585,000 will actually make it here by then. Since patients require two doses within three weeks, Berlin will be mathematically capable of vaccinating between 292,000 and 360,000 of its 3.5 million residents, or not even all of the over-75s.

The vaccine is expected to be approved by the European Medicines Agency (EMA) as early as Monday, 21 December, eight days earlier than planned. After that, the European Commission is expected to approve the vaccine for the EU on December 23. Even after the serum is green-lighted, the Paul Ehrlich Institute (the German body responsible for testing the quality of new vaccines and medicines) may still want to test batches on Christmas Eve so that it can be administered in Germany.

Once the experts give their approval, the vaccine could already be shipped to Berlin over the Christmas holidays - to a secret location. Bundeswehr barracks are planned as storage sites throughout Germany and the transport to Berlin will be monitored by police. 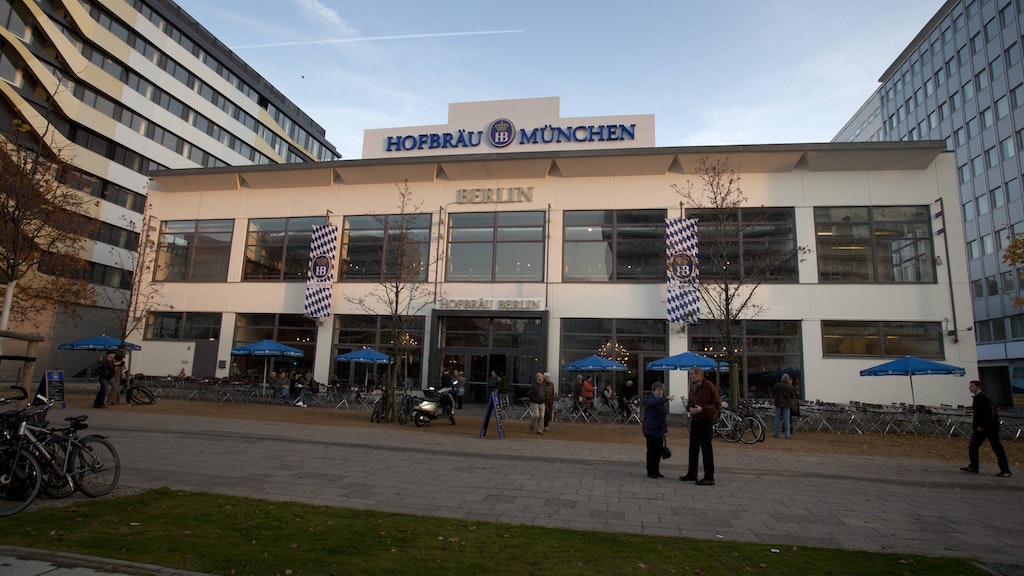 CoronaThe Hofbräuhaus is open for the homeless

The 180 staff at all six centres will include doctors and medical staff  as well as 80 helpers. About 2,000 current and retired doctors have registered for jobs. The Association of Statutory Health Insurance Physicians is overseeing physician recruitment.

After receiving an invitation, patients have to make an appointment by phone or e-mail. At the centres, they then have to fill out a questionnaire and enter a booth for vaccination. Patients then remain in the centre, under medical observation, for 30 minutes. The entire procedure takes an estimated 70 minutes.

Working with improv actors, the Esimprocine collective makes entertaining and touching short films on the trials and tribulations of expat life.