Who's behind the anti-Green ad campaign? 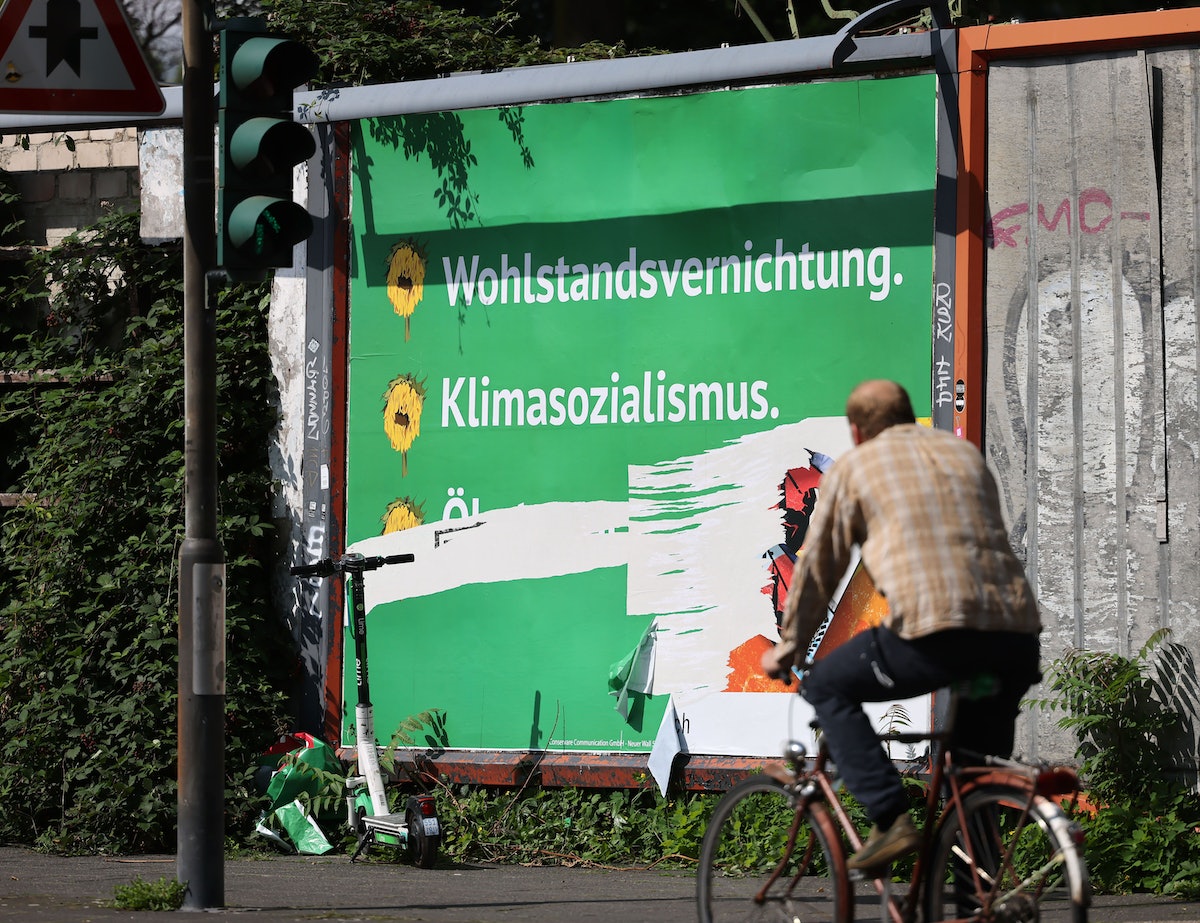 Berlin-Over the past week, large posters blasting the Green Party began appearing in various major cities in Germany. At first glance, they resemble the party's own ads: green background, sunflowers (though drooping ones). They bear slogans like "wealth destruction", "climate socialism" and "eco-terror".

National party manager Michael Kellner spoke of a "rightwing smear campaign" by "actors close to the AfD - with dubious financing." Legally, nothing can be done about it, he wrote in an email to party supporters. He said the fear of Green success in the September elections among the right was palpable. Kellner vowed the party would fight twice as hard, put up twice as many posters and knock on twice as many doors.

"No fake news campaign, no fake quotes or pictures, no rightwing disinformation, campaign, no matter how dirty, will stop us," Kellner wrote.

Hamburg communications firm is behind the campaign

The Hamburg-based Conservare Communication GmbH is behind the campaign, as its owner and managing director, ex-CSU member David Bendels, confirmed to dpa newswire. He called the action a "sharp anti-Green campaign".

"We hope we can make it clear to many eligible voters that the Greens pose a massive threat to Germany."

Bendels is also chairman of the rightwing, conservative Association for the Preservation of the Rule of Law and Civil Liberties. In the run-up to past elections, the association had produced posters and brochures in support of the far-right AfD. However, party leader Jörg Meuthen said the AfD had filed a lawsuit against the association. Meuthen had stressed, "We're saying: We're getting into territory where we're being accused of illegal party financing."

AfD: "No connection whatsoever" between party and poster campaign

AfD spokesman Peter Rohling told dpa there was "no connection whatsoever between the AfD and the anti-Green campaign in question." He added that the party advocates positions diametrically opposed to those of the Greens.

"Which is why we also warn against electing the Greens to the next federal government. We don't need a negative third-party campaign to do that."

Bendels said several thousand anti-Green posters were up in more than 50 major cities across Germany. He would not comment on the costs or possible sponsors.