Will the Spreepark get a new Ferris wheel instead?

The park's operator says it understands the sentimental value of the old wheel and won't replace the 31-year-old ride.

Berlin - It's only just disappeared from the Treptow skyline and the controversy has already begun. The Ferris wheel at the derelict Spreepark amusement park in Plänterwald was dismantled for refurbishment in January and fears are growing that the ride and East German landmark will be replaced rather than renovated.

Grün GmbH, the park's state-owned manager, says the rumours are as accurate as a funny house mirror. "As planned, we will reinstall the historic Ferris wheel in 2024," managing director Christoph Schmidt said. "To examine in more detail the condition of the individual parts, they will even be X-rayed soon."

Schmidt spoke during a snowy tour of the park on Monday with employees, Treptow-Köpenick mayor Oliver Igel (SPD) and parliamentarian Martin Gerster (SPD). He wanted to show how the Spreepark will be transformed into an art, culture and nature park by 2026 at a cost of €70 million. It's no coincidence that a federal politician is part of the tour group: Gerster is lobbying the budget committee to ensure that two of the park's redevelopment projects receive €3 million each from a special federal program. 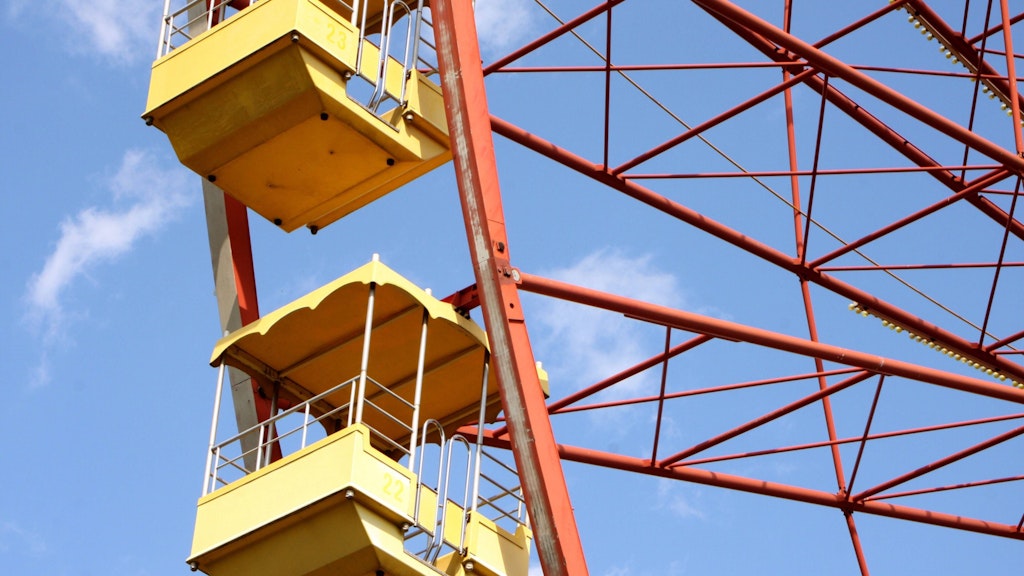 One of these projects is the 45-metre-high Ferris wheel. The ride, built in the Netherlands, is the second in the history of the former VEB Kulturpark Plänterwald. In 1989, it was erected to celebrate East Germany's 40th birthday. It hasn't run since 2001 and was in danger of falling into disrepair.

The Ferris wheel will return to its landmark status in the new Spreepark. It had to be taken down and apart for its €4 million renovation, Schmidt said. The parts can then be examined with a mobile X-ray and ultrasound equipment before work begins, a Grün GmbH employee says.

TÜV, the engineering company needed to certify seemingly everything in Germany, as well as a specialised company will begin the examination soon. The results should be available in April. Starting in July, a planning team of engineers and artists will begin work on integrating the wheel into the new park landscape.

Still, the disappearance of the Ferris wheel has sparked concern. Left-wing Linke party delegate Katalin Gennburg sent a letter to the city-state government seeking reassurance that the original wheel would return – planning documents said the wheel's cars as well as the light, drive and control equipment would be swapped out. Essentially, a new Ferris wheel, the politician argued.

"The purchase of a new Ferris wheel is not planned," came the answer from Berlin.

During the tour, managing director Schmidt agreed. "The Ferris wheel still triggers strong emotions among Berliners. They fondly remember the rides [and] the magnificent view of the city they had from the Ferris wheel as a child or as an adult," he said. "During planning rounds that included citizen participation, the wish that the giant Ferris wheel from East German times remain in the park became very clear."

Following the renovation, the wheel will receive new visual accents as a park centerpiece such as light installations and a pond that reflects the wheel. Park backdrops are also to be renovated and the popular park railroad is to roll again as well.

"I think we will also get the financial support of the federal government," said Treptow-Köpenick mayor Igel. The politician says the Spreepark will not only be a draw for his district but also for Berlin.

And the park wants more than just €3 million for the wheel – it's also applied for the same sum to upgrade the old park workshop into an event space, he said.

As the tour neared its end, parliamentarian Gerster said odds are good for both projects. But the Bundestag's budget committee has the final say. The decisions will be made in the spring, he said.