Berlin - New York hedge fund manager Fahmi Quadir expects the Wirecard investigation to lead to a number of indictments and convictions. Quadir is a short seller and founder of hedge fund Safkhet Capital, which has been on the trail of fraudulent schemes for years.

"There are numerous investigations underway by the US authorities. The US judiciary is working with insiders who are cooperating as state witnesses. Some people are already in prison without this having been made public. The US justice system is keeping the investigation secret to not tip off perpetrators," she told Berliner Zeitung.

The March 2020 arrest of Hamdi "Ray" Akhavan in the US is pivotal, she said. Akhavan is close with former Wirecard board member and chief operating officer Jan Marsalek.

"The Wirecard managers had precise plans on how to break up Wirecard. Each of the individual steps on how to extract the money from the company was carefully planned," she said.

However, when US authorities arrested Akhavan in the US and charged him with bank fraud, the plan spiraled out of control. Akhavan was never formally an employee of Wirecard, but everyone in the industry knew "that Akhavan was running around saying, I am Wirecard," Quadir said.

German businessman Ruben Weigand, who Quadir said was from Wirecard, was also arrested alongside Akhavan. The arrests were unrelated to Wirecard and hearings for those charges have already started. And the case has led to the first explosive Wirecard connection: Mastercard testified that the fake transactions at issue in their arrests were run through PXP Financial, which is linked to Wirecard's third-party partner companies Kalixa and Senjo. This opens the door for officials to take an even closer look at Wirecard.

She expects high-ranking public figures to be targeted by US authorities: "The truth will come out, and it's much bigger than just a balance sheet fraud. Money laundering touches all sectors of a society." 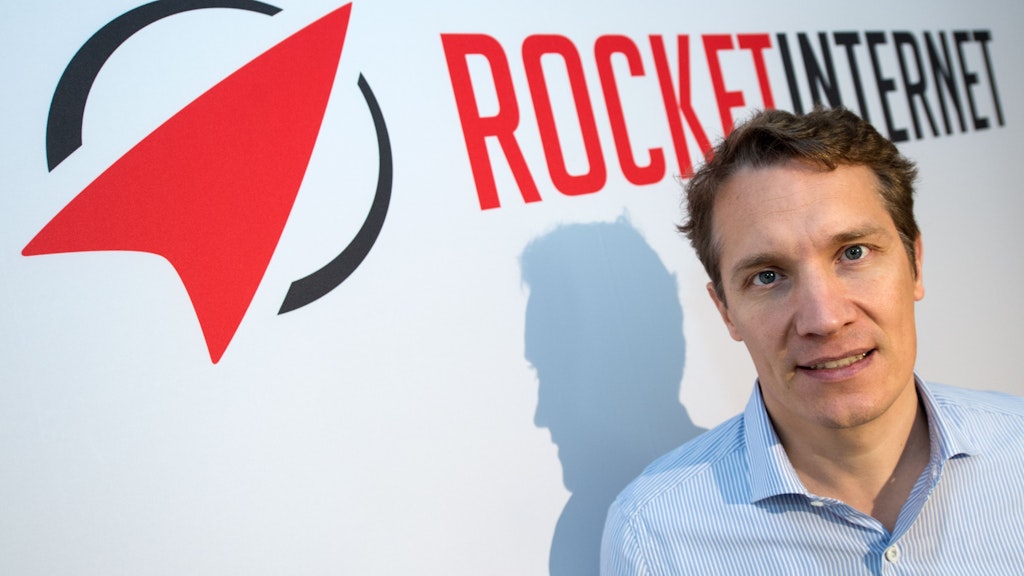 Return to the stock market What's next for Rocket Internet?

"Germany is amateurish in the fight against money laundering," parliamentarian Fabio de Masi (Die Linke) said. "The Wirecard managers were a criminal gang, and the financial supervisory authority and politicians let themselves be taken in by this gang because they were drunk on the Wirecard fairy tale. But there were people from the intelligence services who kept their hand over Wirecard. Not just Russians, but Austrians, and there were also documented contacts of Marsalek to the CIA. I find it incredible that German services didn't have this on their radar."

Her own experience with Wirecard suggests to Quadir that it must have been an international gang with political connections. She's been threatened several times, she said. On one visit to London, she said, complete strangers followed her into a pub and started talking about "how to buy the FT for short-selling."

But above everything, Quadir said she found the behaviour of regulators the strangest of all.

"I have a lot to do with supervisory bodies. They are always interested when they get information from us short sellers. But Bafin reacted absolutely abnormally in the Wirecard case. It was quite peculiar. And it was not Bafin's fault, it was Wirecard's fault," she said.

Wirecard had them all in the palm of its hand

Quadir wrote Bafin a letter explaining what seemed off at Wirecard. The watchdog acknowledged receipt of the letter and formally thanked her. But more than once it refused a meeting. She also fell on deaf ears with auditor EY as well as banks.

"At least [EY] included some of my comments in their audit reports - without naming the source, of course. But that shows that they had already taken my accusations seriously," she said.

Danyal Bayaz (Bündnis 90/Die Grüne), a member of the Bundestag, or lower house of parliament, said he wishes German regulators had been a little more open.

"Fahmi Quadir was miles ahead of Bafin. The scandal is that the authority refused to even listen to her tips about Wirecard's illegal dealings, let alone follow them up," he said.

Quadir assumes Marselak, who is the subject of an arrest warrat in Germany, is hiding in Russia.

"Wirecard had them all in the palm of its hand. There was a lot of fear of Wirecard, and the company had an easy ride," she said. "Russian oligarchs used Wirecard to circumvent U.S. sanctions."

She said Wirecard's activities crossed a number of borders but refused to speculate on the involvement of German politicians.

"But I can assure you, we will not rest until this case is solved," she said. Being dogged is essential because winding down Wirecard means the money laundering it used to oversee is now happening elsewhere - possibly at one of Wirecard's partners.

"If Ms. Quadir is right, the Wirecard case will not only keep the German judiciary busy for a long time, but also the Bundestag," parliamentarian Florian Toncar (FDP) said. "It's quite possible that a new investigative committee will have to be set up for this purpose after the election. Ms. Quadir is absolutely right about one thing: Although we can now say in great detail what mistakes were made by the financial supervisory authorities, public prosecutors and auditors, there is still no even halfway satisfactory answer to the question of why. In particular, if one considers the pure incompetence of the authorities to be unlikely, only political protection for - or blackmail by - Wirecard remains."