Yet another night train, now to the Mediterranean

Even as operators plan new routes, at least one existing route is already failing to live up to expectations.

Berlin - The highly hyped night-train network is growing - this time to the south. Czech train operator Regiojet confirmed plans for overnight service from Berlin to the Mediterranean countries of Croatia and Slovenia starting next year though a recently launched service to Denmark and Sweden is already disappointing.

"This will give the German capital direct connections to Zagreb and Ljubljana," spokesperson Aleš Ondrůj said. Regiojet hopes to keep tickets as cheap as possible, standing in contrast to other providers who are hoping to pull premium prices for premium night-train service - Regiojet bases its prices on long-distance bus fares.

The new connection won't be available until the December 2022 timetable change and would leave Hauptbahnhof every day at 6.43pm. Train number RJ 1071 would then travel via Dresden, Prague and Vienna to Graz, Austria, where arrival is scheduled for 6:08 a.m. followed by Maribor, Slovenia at 7am. The train would then divide, with one half heading to Ljubljana, with a scheduled arrival at 9.20am, and the other to Zagreb, arriving 9.30am.

The return train would leave from Zagreb at 7:15pm and Ljubljana at 7.20pm with arrival in the Hauptstadt the next morning at 10.18am - at least according to the current plan. The new service is expected to offer seats, couchettes and sleeping cars, and will allow passengers to bring their bikes.

It's unclear if night trains have previously serviced the route but a former daytime connection, the Eurocity Mimara, took almost 17 hours to cover the more than 1,200 kilometres. Regiojet hopes to attract both Croatians living and working in Berlin as well as Berliners hoping to visit Slovenia and Croatia.

Although the new Mediterranean service is a ways off, a new Scandinavian service that started this summer is already disappointing.

"The number of passengers was lower than expected," said Marco Andersson of Snälltåget. The rail operator's new route connects Berlin and Hamburg with the Danish capital region and the Swedish cities of Malmö and Stockholm. The new route had been planned for tourists but many Swedish families didn't travel to Germany this year.

Track work in Germany and Denmark also negatively effected passenger numbers. The trips have at least been on time so far, and demand has picked up in August. Also, the number of passengers from Germany is higher than in 2019 - when Snälltåget had previously been operating regular service between Berlin and Stockholm.

Maybe make it easier to book?

The company is hoping better wifi in carriages as well as new mattresses and curtains will lure more customers. It's also altering the timetable so that, in September and October, trains will depart Berlin up to two and a half hours later - next year departure is slated for 9pm instead of 7pm.

Around 25 per cent of passengers travel in the seat cars, which is more than expected, the Andersson said, with the remaining customers in couchettes, which can only be booked separately because of corona. The line doesn't have sleeper cabins and doesn't plan on offering them. About 70 per cent board or disembark in Berlin, the rest in Hamburg. 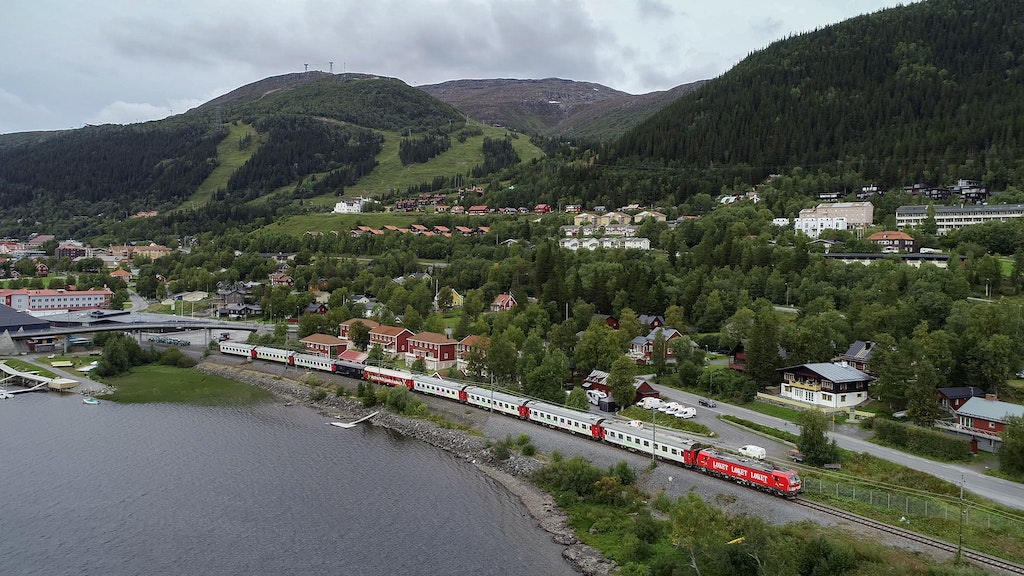 Passenger association Pro Bahn said some of the woes at Snälltåget are homemade.

"I've pointed out several times that you need a German website if you want passengers to travel from Germany to Sweden, but it apparently keeps using German text on an English website," said Pro Bahn's Peter Cornelius. Booking through a travel agent or at the counter is also difficult, he said.

In addition to the new service to the Mediterranean, Czech Regiojet will also operate another new night train starting in the spring from Ostend (expected to depart around 6pm), Brussels (7.30pm) and Amsterdam (10:30pm) that connects with Berlin (6am) and Prague (10.30am). The service, dubbed European Sleeper, will include a cooperation with Belgian SNCB, who will operate the trains in Belgium. The partnership is still looking for an operator in the Netherlands.