Germany is a country that always finds a way to blame others. Historically and currently like in the debate around the events on New Year's Eve. A commentary from Sonnenallee.

Behzad Karim Khani
16.01.2023 | 16:41 Uhr
Firefighters extinguish a coach on Sonnenallee that had been set on fire by unknown persons.Foto: Paul Zinken/dpa

You know, strange things happen when you start two world wars and lose both. When you fight to the last bullet for the most repulsive idea in history. When you start dispatching twelve-year-olds with unloaded rifles, then broomsticks. When you finally surrender and some of you adopt the feel-good narrative that you were liberated not defeated, while the others erect a wall and claim that the perpetrators live on the opposite side.

When you build a society based on plunder and expropriation and then suddenly decide that you didn’t notice all the disappeared neighbors, crematoria and gas chambers. 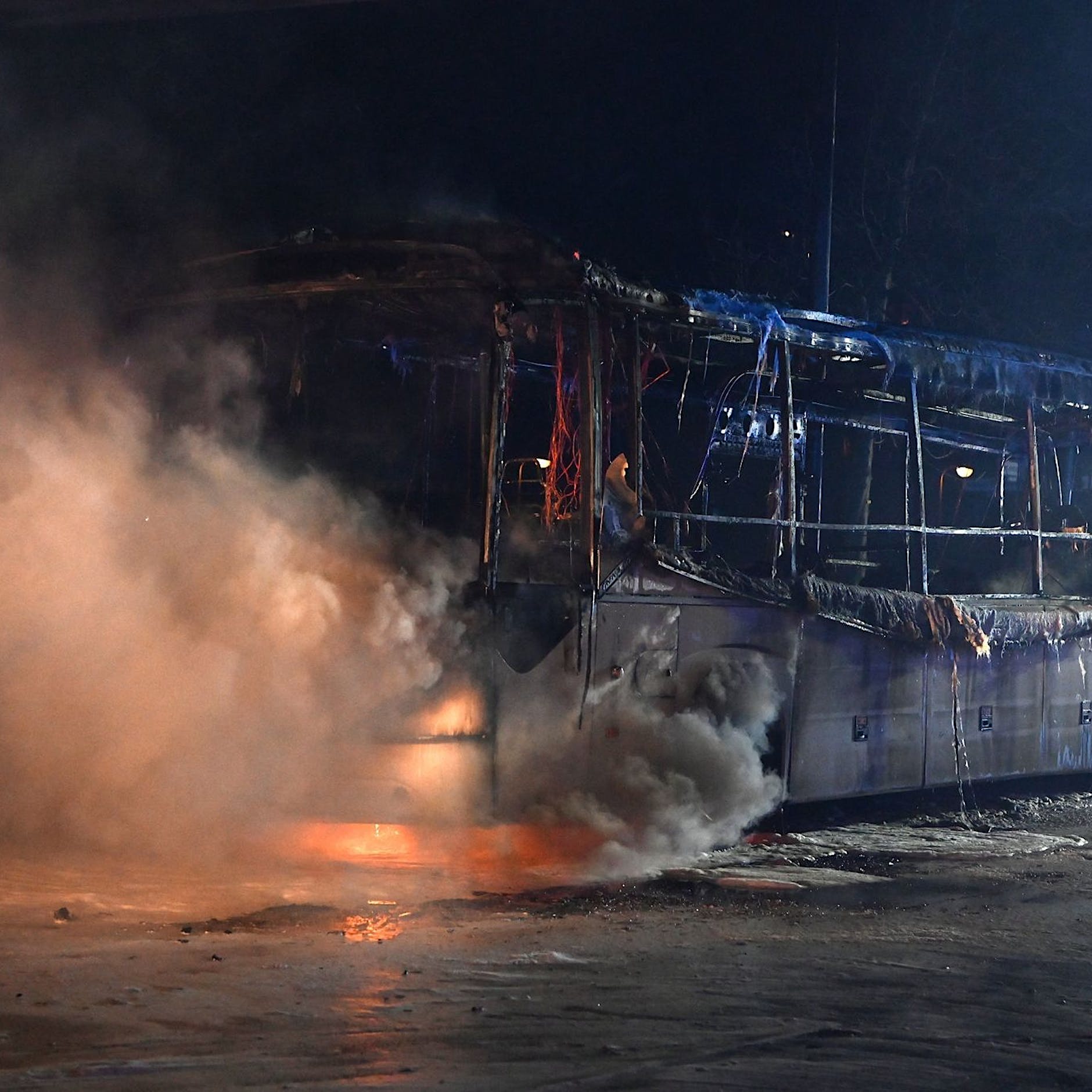 When you pat yourself on the back for doing a solid job of coming to terms with the recent past, and start celebrating your unique culture of remembrance and responsibility. When you overlook the fact that not a single synagogue, not a single Jewish school, and not a single Jewish old people’s home can make do in your country without police protection.

Strange things also start to happen when you gas, shoot or drive almost your entire intelligentsia into exile. When, upon losing the war, you require simple workers. People you bring in to rebuild Berlin, Dresden or Cologne from heaps of rubble. But only after inspecting their mouths. Checking their teeth. Like livestock.

„The Arabs are the Jews’ revenge against the Germans“

One strange thing that can happen is that maybe those ordinary people won’t trust you entirely. And frankly: who can blame them for not being eager to fully identify with your society?

You may have guessed it: this is about New Year’s Eve. To be more precise, it’s about Neukölln, about Sonnenallee. The street that we in Kreuzberg and Neukölln lovingly call the Gaza Strip. The street that once inspired one of my Israeli friends to remark, jokingly and not entirely without glee: „The Arabs are the Jews’ revenge against the Germans.“

Yes, dear reader, things are getting uncomfortable. Because if we really want to talk about Sonnenallee, we can’t ignore the Middle East. If you read this sentence, then it hasn’t been cut by the editors – and even that is becoming a rarity. German enthusiasm and support for that state – the one Amnesty International and Human Rights Watch routinely describe as practicing apartheid in its occupied territories – is becoming increasingly ideological, particularly in our newsrooms. In fact, it seems to be increasing in direct proportion to the political gains of right wing extremists in that country, which many people who now live on Sonnenallee once fled.

I think we have reached a point now where we can acknowledge certain obvious realities. We can even do so together. Soberly, if you like. Let’s start with the simple observation that we – migrants, foreigners, people of ... call us what you want – will not be going away anytime soon. And neither will you, dear bio-Deutsche. Well, demographically speaking, you are definitely going away. You are dying off at such a clip that your country will require around 400,000 new workers over the next 15 years, which means about one million immigrants per year. We migrants will probably inherit this country. We could play for time here. Time that you don’t have. But that’s just a side note.

Perhaps we can now acknowledge that if you start a world war in pursuit of racial purity, defeat may just compel you to become a nation of immigrants. After all, the victorious powers shared our distrust of this society. And maybe it’s time to consider who owes what to whom here. Who speaks to whom, and how.

We make sure that the Aryan nightmare does not become reality

One thing’s for sure: we are here. And we’re not only here for your pension funds, but to make sure that the old Aryan nightmare never becomes a reality in this country. To make sure that it remains so remote that even Nazis seem to have given up on it, just as we have all given up on the idea of a social democratic, public school, middle-class arcadia. At least, the old nightmare will never come true, as it would require a greater degree of violence than that perpetrated by Hitler’s Germany. No, that tooth has finally been pulled.

All that remains of it is a base nastiness, which asserts itself over and over again. That German aversion. You can see it in the fascist chat logs of the police, in the missing ammunition depots of the Bundeswehr, in the abysses of the state and its secret service, which first covers up the NSU crimes and then seals the evidence. In the 1000 registered xenophobic attacks that occurred the same year that we awarded ourselves a colorful array of medals for our so-called Wilkommenskultur.

On the billboards put up by Minister of the Interior all over Germany urging us in our native languages to go back to where we came from, in exchange for money, and in the fact that almost none of you complain. In Thilo Sarrazin’s books and the hundreds of thousands of sold copies. In the disgustingly obtuse gut racism that a majority of his readers share with him. In your support for American wars against our countries. In your war in Afghanistan. 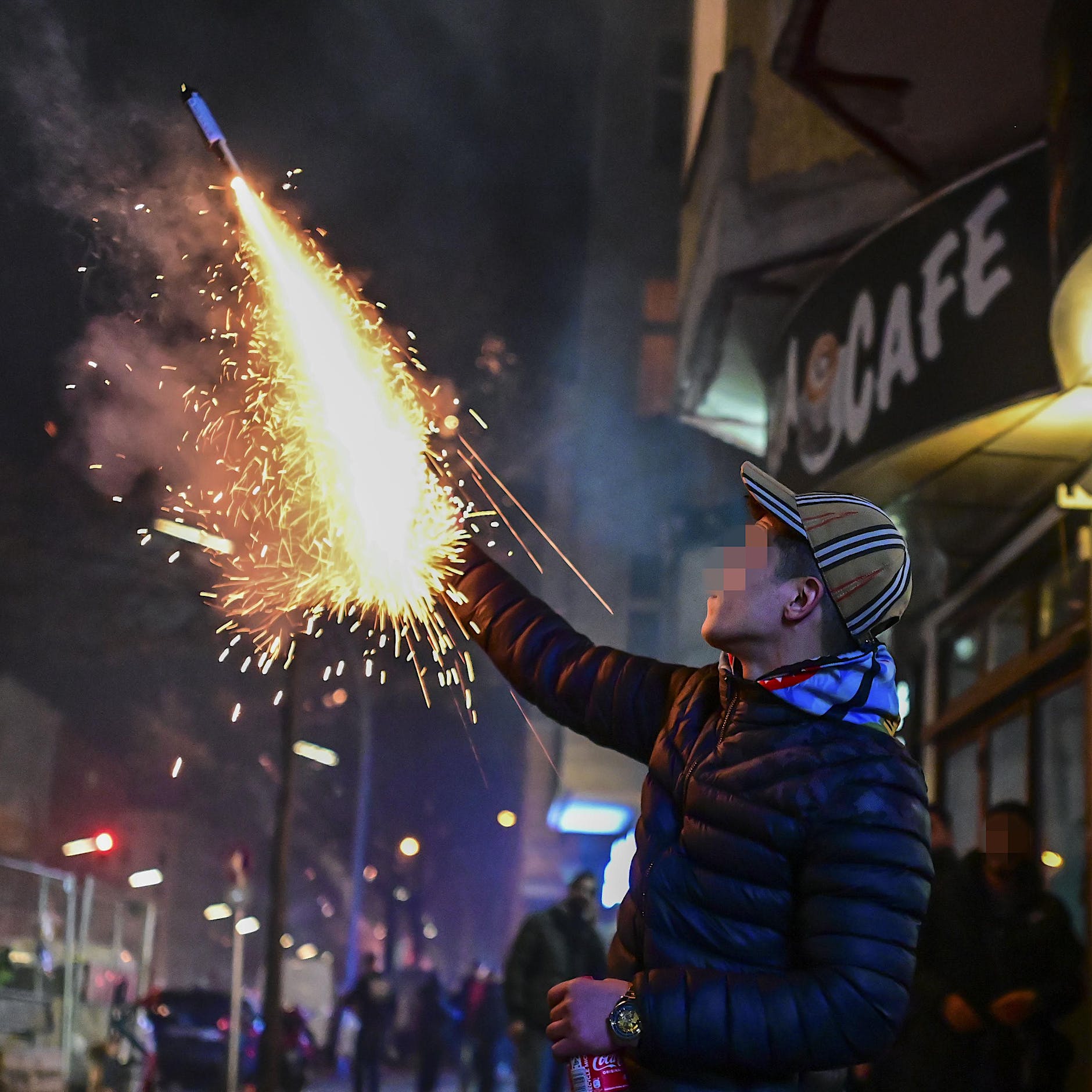 Racism on the street, in publishers, in comments

It rears its head when someone like Ahmad Mansour – whom we call Uncle Ahmad around the way (yes, referring to Uncle Tom) because he warrants little more than derision – receives the Federal Cross of Merit for his contributions in the area of so-called „integration.“ In the many publishing houses of this country that thrive on the same brand of open Islamophobia.

In the comment sections under news articles, but also in classrooms, when people pretend that colonial heritage isn’t German but African history.

That nastiness creeps up everywhere. Wherever people refuse to take responsibility. And it always whispers the same things. It whispers about exclusivity, about the reticence and lack of willingness to integrate into this country. That’s Germany’s way of saying that it does not want to live with us, but also does not want to accept the blame for that failure. Any more blame would just be too much to take.

Don’t misunderstand me. None of this justifies anything. Not our coarseness, which has become a breeding ground for the blunt violent excesses of our children. Not the obscenity that accompanies our rejection. Not our lack of imagination, our lack of prospects, our listlessness, our apathy. Not our hushed growl and not the clenched fists in our pockets. But perhaps it helps explain our healthy distrust and lack of respect for the state and its authorities.