Berlin - The pandemic hasn't yet led to falling residential real estate prices in Berlin but it has dented sales of office and commercial buildings, according to Berlin's expert committee for property values.

The number of overall sales slipped 11 per cent last year to 23,861 transactions, primarily due to a 31 per cent drop in commercial real estate deals, the study shows. Buyers also spent 15 per cent less on real estate overall last year with the total volume dropping to €18.2 billion while the median price for all real estate slid 9 per cent - the Mietendeckel rent cap, the committee said, had little effect on sale prices.

The committee uses actual closed sales over the past year, which provides a more exact view of the market than just estimates put out by websites and associations.

After "years of robust activity and immense price increases for real estate and land, which also contributed significantly to the rise in rents," there has been a "partial calming on the real estate market in 2020," said Reiner Wild, head of the BMV Berlin tenant assocation. "The Mietendeckel should have a positive effect on the sale of multi-family houses and residential and commercial buildings from a tenat point of view."

Rent prices are likely to come "at least somewhat" under pressure because real estate prices are now below 2018.

While most prices fell, prices for single-family home sites leapt 10 per cent, according to the committee. The number of sales of detached and semi-detached houses in Berlin, meanwhile, fell by 5 per cent, most likely because of a lack of supply rather than falling demand. After all, prices for the segment (newly built or existing detached and semi-detached housing) rose 7 per cent.

Although portals see a growing supply of condominiums for Berlin, the number of condominium sales has not increased. On the contrary: 6 per cent fewer, or just 15,172, condos changed hands last year, the report shows. 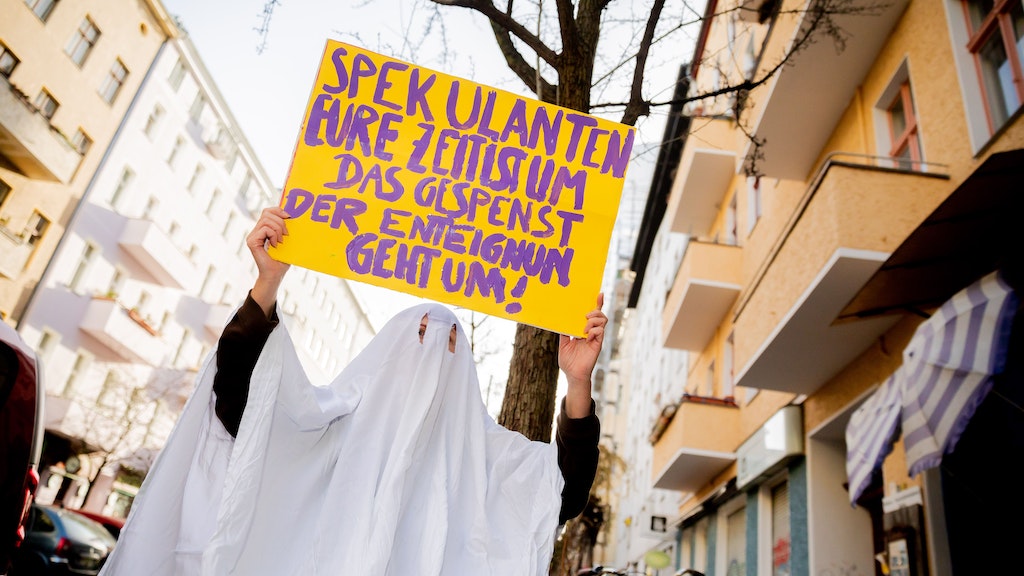 The report has teeth because the committee has decided to leave standard land values in Berlin, which are the basis of land prices, largely unchanged. The upward price trend has thus been halted. Still, it did hike the valuation of construction-ready detached and semi-detached home sites 20 per cent, for less expensive sites, and 10 per cent for more premium locations.

Lender Hypovereinsbank said in a report on Tuesday that the Berlin real estate market is "normalizing, notwithstanding the second lockdown." In almost all segments the "trend is continuing unchecked upward".

Cheaper in Marzahn and Hellersdorf

The small luxury segment has now reached square metre prices of between €18,000 to €23,000, for instance at Potsdamer Platz. More accessible owner-occupied apartments can be had for between €3,500 to €5,500 /sqm in Hellersdorf, Marzahn, Rudow and Spandau.

Andrew Bulkeley adapted this article from the German original.

Despite criticism, rightwing extremist clothing and Wehrmacht toys an still be found at the e-commerce giant.

What's it like to stand around in Görlitzer Park every day?

Our reporter spoke with immigrants from Gambia and Senegal about shattered dreams, politics and corona.

A video put out by the IOC draws from one of Nazi Germany's most famous propaganda films.